The sea is rising and so are we: Kibiti Takes Climate Action and restore coastal mangroves 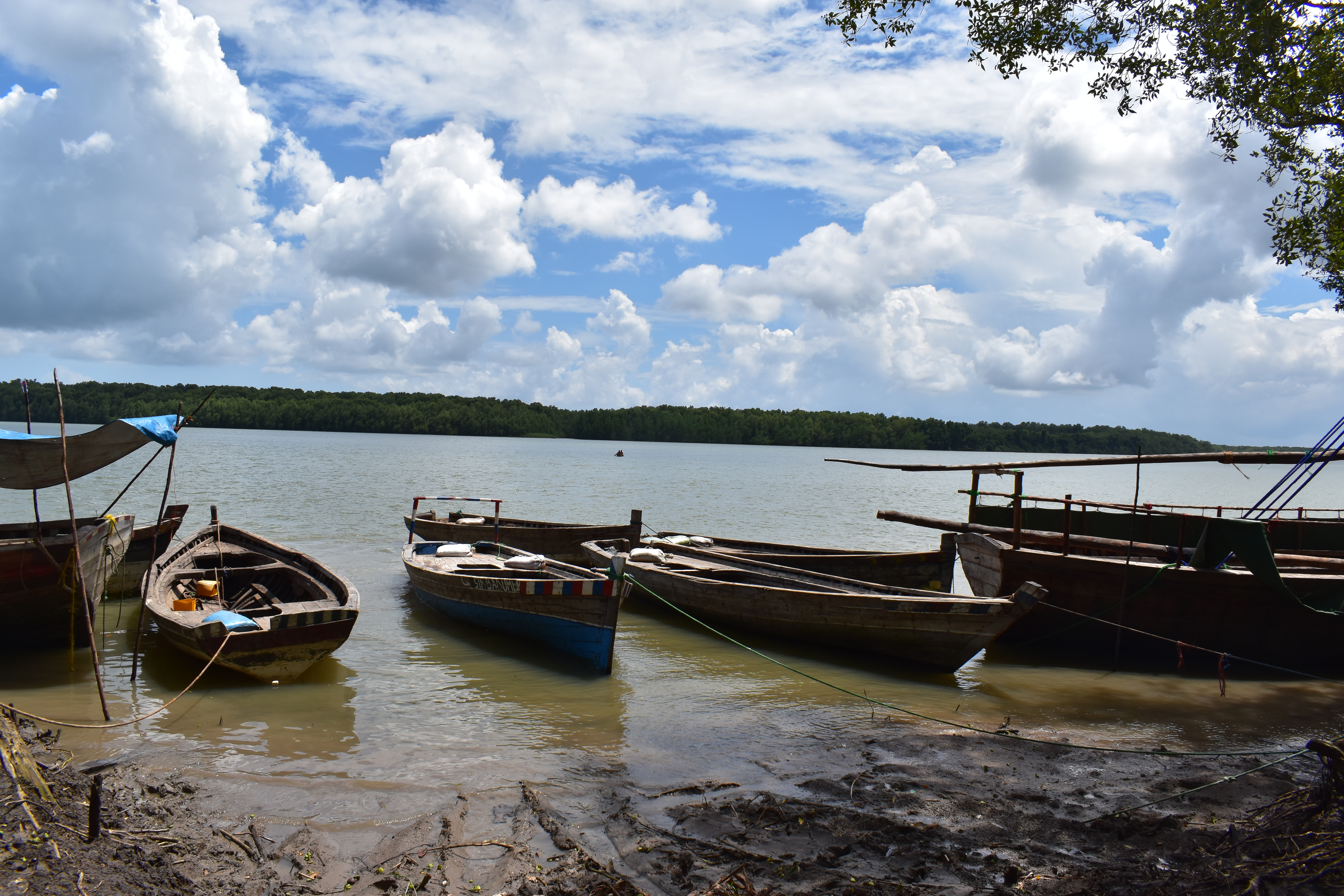 Published: DECEMBER 22, 2021
Like salt in the wound. This is how it must felt for fishers in Kibiti that switched to farming and experienced know how they loss fertile land due to salt water intrusion. They found them self in a vicious cycle catalysed and sustained by climate change impact, mangroves clearing and increase loss of land due to salt intrusion and soil erosion. But the coastal community in Nyamisati is committed to break this cycle and take action by restore protecting mangroves. Salt intrusion: Shifting fishing areas forces fishers to shift to farming Due to climate change more salt water penetrates deeper into the coastal river delta as the Rufiji delta. This is caused by the rising sea level combined with the lack of rain upstream causing less sweet water supply from upstream. By change of the salt concentration and water condition the habitat and abundance of fishes shift. This results in less fishes accessible with short distance in reach of the coastal communities in Kibiti. Salma Hasani, a 61 year-old women from Nyamisati village told us how there used to be an abundance of fishes in this area. Due to this fisher experienced a loss of a valuable livelihood activity which didn’t could provide for the needs of them and their families. This forced them to shift their main livelihood activities. Hamis is one of this the fishers who were forced to shift to farming. Hamis told us „ I have changed from fishing to farming because fishing was not suitable and I have a family to take care then I changed and started farming” Forced shift to farming causes clearing of coastal mangroves to get fertile land In order to create fertile land for farming local communities cleared mangroves for the sake of getting agriculture land specific for rice. But mangroves are holding a important role in protecting the coastline and preventing in-land from flood from upstream of Rufiji delta. By clearing mangroves, the coastline and their communities become more vulnerable towards extreme weather as flooding and face increase saltwater intrusion into the land. The saltwater intrusion causes infertile land, that cannot be used anymore for farming activities. Hamis recalled how it used tob e and how it changed: „Delta back in the days elders were using fresh water for farming in the agriculture land but after drought the land become infertile and they could not get food. One elder decided to cut down the mangrove and plated rice and he harvested from there others decided to clear mangrove for farming.“ So droughts caused the loss of fertile land forcing communities to clear mangroves in order to get new fertile land for farming. Low fertility of cleared mangrove areas: Causing even more clearing The cleared mangroves areas are not productive farming areas because they are seasonal January to July. The high degree of salt in the soil reduces the productivity. Therefore, farmers need a lot of labor and large areas to cultivate enough food on the land with low fertility. That also caused clearing of larger mangroves area because small area couldn’t supply the needed food. Salt water intrusion shorts further the time when agriculture is possible. This decreases the harvest and make communities more vulnerable and dependent because the have only one farming season. Farming activities are not possible from July to January because after flooding the areas are infertile due to salt intrusion. The farmers have to wait and to rely on the rain-on-set to wash-out the salt from the soil to enable farming activities again. Vicous cycle: Mangroves clearing cause salt Intrusion and increase loss of fertile land and flooding with water from upstream Rufiji river. This created a vicious cycle forcing farmers to clear more land after previous cleared land got infertile due to salt intrusion, in some rear they have to wait for the salt water to wash away (we do pour farming activity from January to July after the harvest is when salt water moves in the farms so this forces as to wait until seasonal rain and fresh water from upstream to wash salt out) Soil Erosion: Catalzyed by mangroves clearing it increase loss of fertile land and vulnerability of communities Mangrove are elementar to protect the coastline agaisnt soil errosion. Extrem weather as Tsunamis, heavy rains are increase in Internist and frequency due to climate change and cause combined with sea level rise more coastal soil errosion. This makes coastal communities more vulnerable in specific when they loss protecting mangroves surrounding there communties. Local communities recoginze the Problem and start acting by restoration of Mangrove Local communities start to recognize and value the important function of coastal mangroves. Communities begin to protect and restore mangroves in order to cope and to adapt to the impacts of climate change. Hamsi narrated how the awarness of were raised in his community that the mangroves have to be protected and restored in ordert o adapt and mitiage the impacts his community experienced: „After getting education awareness from the government now we plant these mangrove a protecting our environment, we have been planting mangrove since 2007 up to now.“ With ever mangroves tree planted the grow new hope that they can get resilent and less vulnerable against the impact and challenges of climate change. But Hamsi and his community understood the have to take action: The sea is rising and so are we. Hamsi urge other costal community to protect their mangroves and take climate action.