Can't take the heat: Drought Impact on Pastoralists in Kidomole

Local pastoralist in Kidomole suffer under prolonged droughts. Lossing there livestock and livilhood shows how vulnerable smallholders are against impacts of climate change as extreme weathers. 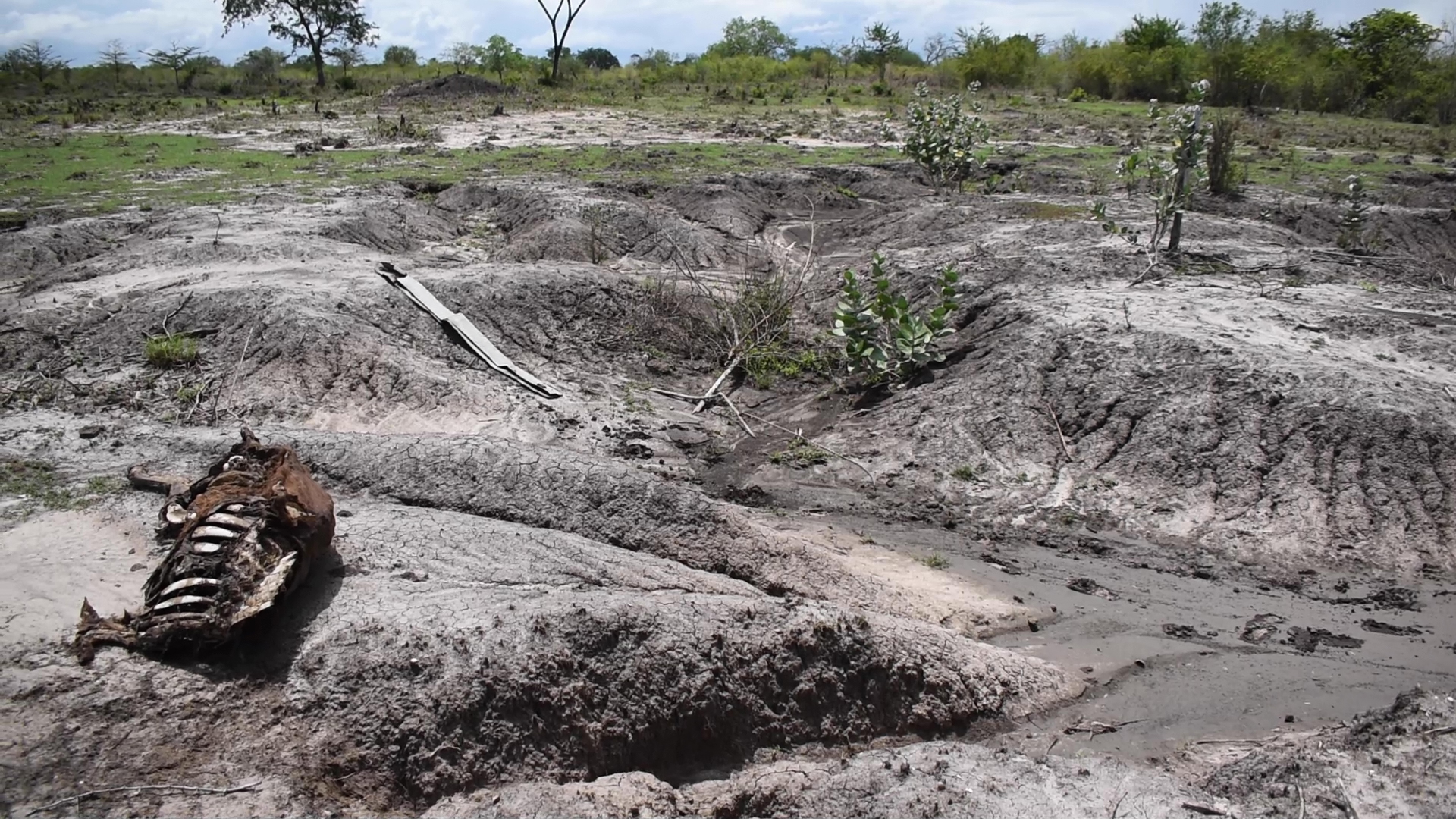 Published: DECEMBER 22, 2021
It is said: They grass is always greener on the other side. But not in Kidomole, there is no green other side anymore. Pastoralist are facing serious lost and impact due to the recent prolonged drought in Kidomole in Bagamoyo District. The local pastoralist community in Kidomole lost over 90 cows out of 450 due to the drought. They couldn’t supply them with sufficient water and food anymore. The pastureland is dried-out and the pastoralist are forced to abandon their livestock and leave the weak animals to die. The livestock, the cows, are the basis of the livelihood and the foundation for food and income. Prolonged drought events, more extreme in their frequency and intensity are caused by climate change and predicted to increase even more. The impacts of the drought in Kidomole on local pastoralist shows how climate change threatens live and livelihood causing loss and damage. Local communities need urgently the support and resources to learn how to cope with extreme weather as droughts. They are facing already currently serious challenges that threaten them with poverty risk and food insecurity. To build up the capacity to adapt and to cope with loss and damages that can’t be prevented it is elementary that stakeholder form international to local level cooperate and get provided sufficient resources. The Climate Conference in Glasgow urges developed countries to provide enhanced and additional support for activities addressing loss and damage associate with the adverse effects of climate change. To make the urgent call to address loss and damage visible, the Climate Action Network Tanzania visited affected pastoralist to enable them to share their story. By amplifying their voices and sharing their message, we want to raise awareness for climate action and to act on loss and damages. “Most of our cows and animals are dead because of draught and so many others like people have been affected with the lack of water for a long period of time.“ told as Mama Raphael, a female pastoralist from Kidomole, while she showed us the cadaver of the animals she lost. The community of Mama Raphael relies on livestock keeping for food supply and income. She couldn’t supply here cows with sufficient water and pastureland anymore. She wanted to move to other areas to cope with the impact. She couldn’t migrate to adapt the impacts of the droughts because the extreme weather effected the hole area and forced conflict centred around land-use. More and more conflicts raise between local farmers and pastoralists around how to use the land. Mama Raphael tried to move to pastureland that isn’t dried-out yet but got chased away forcefully. An old pastoralist from here community summarized the dilemma they are in: „ For now we are facing hunger and fever but also we are being forced to migrate from places since they are not ours. Where do they expect us to go ?“ They try to save and protect what they have left from the drought. The hope that they can recover weak animals and keep enough animals alive that they can reproduce and grow a gain to a size which can provide for their needs and generate enough income to survive. Mama Raphael showed us cow , weak and nearly passed-out, under a plane. The plane should protect here from the sun to reduce heat stress. The cow just gave birth in the middle of the drought. Now they fight to keep the cow and here calves alive to loss not more of their valuable livestocks. The inofficial motto of the recent Climate Conference COP26 was : Keep 1.5 °C alive. Mama Raphael and her community shows us why we urgently have to stay under the 1.5 °C limit. But also that even than we have to face and address collectively the loss and damages caused by climate change.