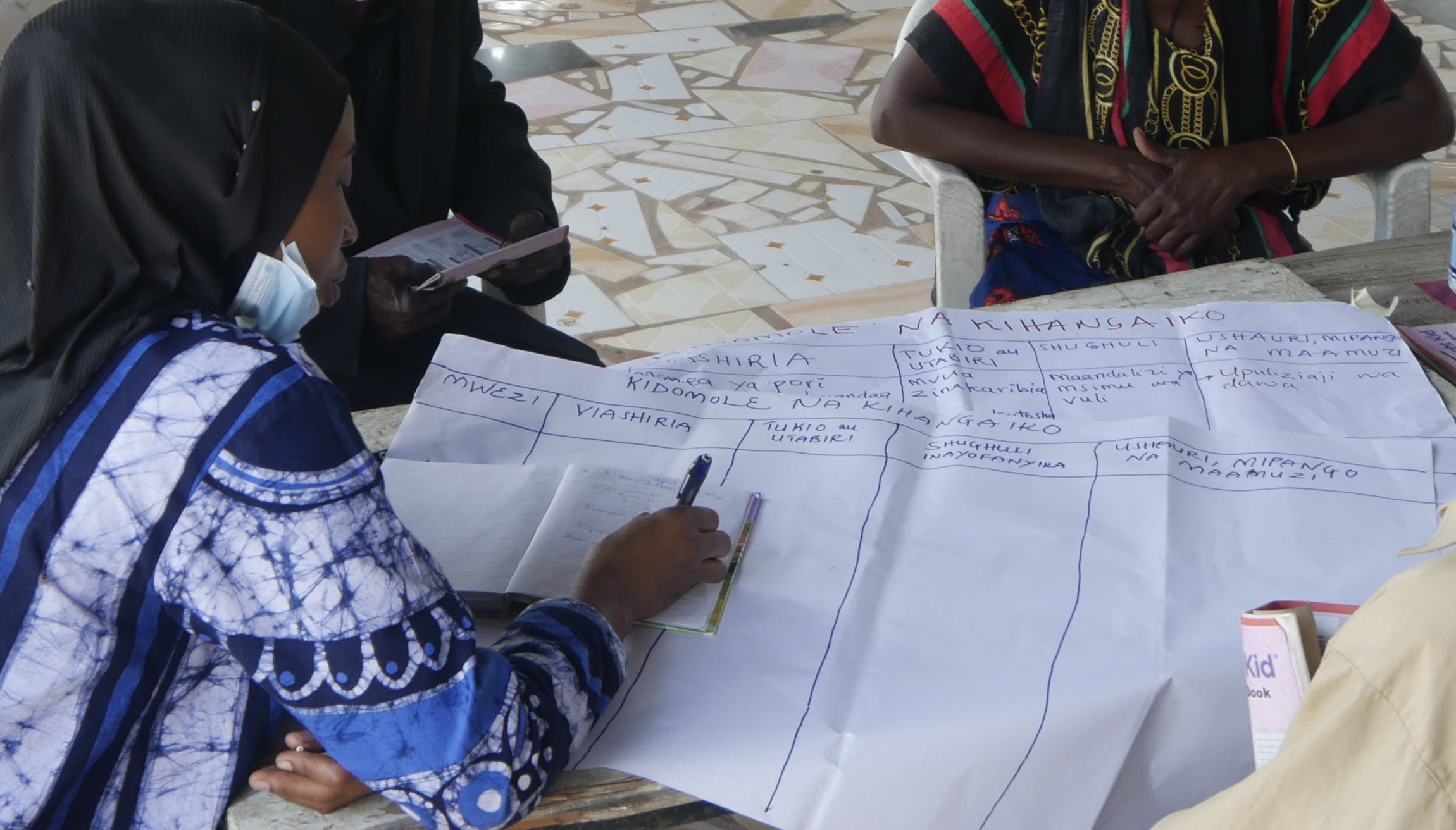 Tanzania envisions becoming a middle income country by 2025. In order to realise this ambitious vision it is elementary that Tanzania develops on a sustainable pathway addressing issues such as poverty reduction and building climate resilience. The impact of climate change  causing loss and damage in Tanzania is the major threat for a sustainable development of Tanzania. Therefore it is key for Tanzania to mitigate emission and adaptate to climate change in order to reduce the vulnerability of communities and the economy. This project foucs in consquence on strenghening and empowering up-scaling of Renewable Energies (RE) and Climate Services (CS) in Tanzania.

The role of RE in supporting climate resilient building and realising National Determined Contributions (NDCs), as part of the Paris Agreement,  cannot be over emphasized. Despite the fact that, Tanzania has abundant and high-quality RE resources which are well distributed within the country, they are largely unexploited. Still, the energy sector portfolio in Tanzania has remained predominated by traditional biomass and imported expensive fossil fuels. This situation largely leads to deforestation and limits opportunity for socio-economic development and is an additional burden to the country’s economy due to price fluctuations creating an endless vicious cycle of poverty for communities.

Therefore CAN TZ aims to increase advocacy and consultancy on RE in Tanzania, in order to mainstream up-scaling of RE into national energy planning and policies. CAN TZ and civil society organisations will play a critical role in coordinating efforts towards inclusive and participatory development of  important national energy strategies. CAN TZ will continue its advocacy on renewable energy to build stakeholders’ capacity while stimulating informed discussion and dialogues at national level through coalitions and technical meetings and dialogues with respective stakeholders.

At the center of the efforts to empower the up-scaling of RE is the formation of a National Coalition (NC) for RE, initiated by CAN TZ. The NC is a coordinated multi-stakeholder forum enabling discussion, engagement that advocates for integration of RE in the national planning and budgeting frameworks.

In Tanzania, smallholders (farmers, pastoralists, and fishers) employ largest population proportion (about 80%) and contributes about 70% of the total food requirements However, their efforts to achieve better living remain challenged and continue to account for a large proportion of the poor whose livelihoods are vulnerable to impacts of climate change hence reducing their resilience and sustainability. Climate Services (CS) can reduce the vulnerability by providing reliable, timely and useable climate information, that enable smallholder smart decision-making to adapt their livelihood activities (e.g. farming and fishery) to weather and climate phenomena.

In order to increase the dissemination of useable CS in Tanzania CAN TZ is engaged in the implementation of the National Framework for Climate Services. At the center of the efforts to support the implementation of the NFCS is the formation of a National Coalition (NC) for CS, initiated by CAN TZ. Beyond that CAN TZ is establishing the foundation of CS in projects districts Chalinze, Lushoto, Pangani and Bagamoyo. In cooperation with the Tanzanian Meteorology Authority (TMA) CAN TZ  conducts Training of Trainers (ToT) , who are training endusers in the use of CS in decision-making for adaptation. The ToTs are trained using the participatory integrated climate services for agriculture and fisheries (PICSAF) approach. Trained end users receive climate information over a SMS system.

A major challenge for usable CS is currently that climate information is not yet available sufficiently downscaled for smallholders. The locally weather and rain patterns,  experienced by smallholder, can vary largely from the weather forecast on district level. To downscale climate information the use and integration of indigenous knowledge (IK) into science-based forecasts can be beneficial. Weather forecasting based on local indigenous knowledge orignates from a long tradition of local communities in nature observation and reading indicators such as plant flowering to predict upcoming weather events. In scope of the project CAN TZ work with local indigenous forecasters to gain experience in tailoring and disseminating integrated forecasts. These activities form the advocacy and consulting work on implementation of the NFCS.  CAN TZ is working together with the national coalition on CS to mainstream IK-based integrated forecasts into the implementation of the NFCS. 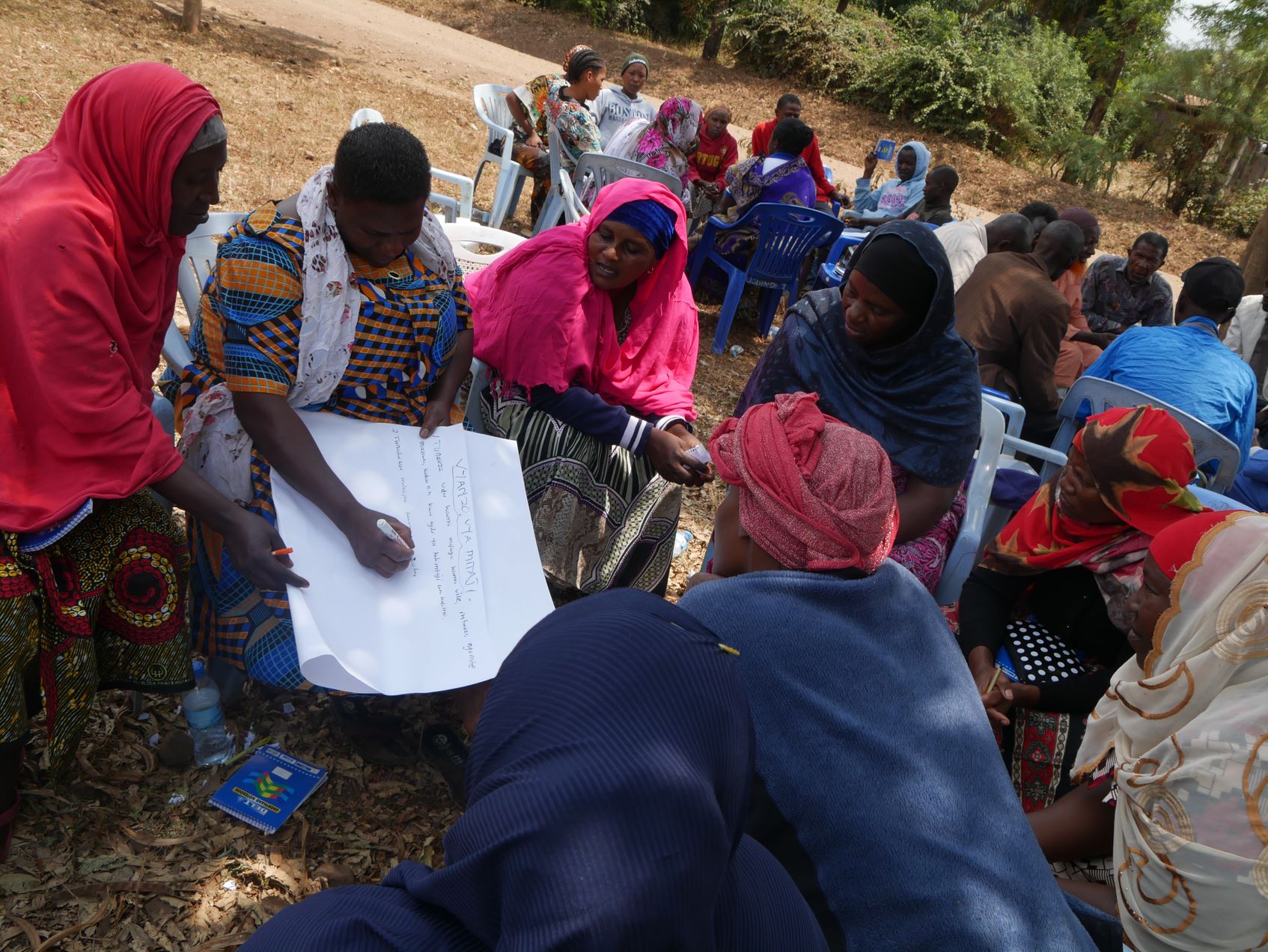 Funded by the Germany Government through the Ministry for Economic Cooperation and Development (BMZ), this 2-year project aims at enabling the poor, marginalized and vulnerable smallholder farmers in three villages (Ngosero, Kilima Mbogo, and Mkombozi) located in the dry lowland plains of the southern part of Mt. Kilimanjaro to overcome the pervasive challenges of poverty, food insecurity. It also seeks to address gender inequality and water use conflicts caused by lack of access to reliable and affordable water supply for irrigation purposes as compounded by the growing impacts of climate change.

In this regard, 2021 was the first year of implementation for this project. Accordingly, the project team worked diligently to initiate the various project activities in line with the project design and respective work plan. Key activities implemented and achievements are presented below:

i. Project launch: Project was successfully launched in February 2021 marking official commencement of implementation. This intervention involved mobilization of all key stakeholders to ensure their buy-in and ownership. This phase also involved confirmation of project management committees namely Project Steering Committee and Project Implementation Committee as well as validation of farmers and water user groups.

ii.    Baseline studies: These studies were conducted between February and May 2021 in order to establish accurate benchmarks against which to measure progress. The studies also helped to understand key gaps, needs, and entry points (opportunities) for enhancing the implementation of the project. Specifically, the studies include socio-economic survey, Environmental impact Assessment and hydrogeological survey.

iii.   Drilling of boreholes: This important component of the project commenced in October 2021 after completion of hydrogeological studies and securing the drilling permits from the respective Pangani Basin Water Board. By end of December 2021, drilling of two of the three boreholes was completed in two villages of Mkombozi and Kilimambogo, pending installation of solar powered water pumps to pump water for irrigation.

iv.   Training of communities on agronomy and climate smart agriculture. In preparation for irrigation, the initial training to orient and sensitize communities

On this basis the next steps include installation of solar power system to operationalized boreholes, establishment Farmers Field Schools (FFS) to facilitate demonstrations on Climate Smart Agriculture using modern irrigation practices for enhanced productivity and security of livelihood. Other activities will include advanced training to small-holder farmers on Business Development Services and entrepreneurship.